TOKYO – December 18, 2019 – Takasago Thermal Engineering Co. Ltd. (“Takasago”), Japan’s largest company specializing in heating, ventilation and air conditioning (HVAC), and lunar exploration company, ispace, inc., announced today that Takasago has agreed to participate as a Corporate Partner of the world’s first commercial lunar exploration program, HAKUTO-R, a two-mission program which will put ispace’s lunar lander on the surface of the Moon in 2021 and, again, in 2023.

Takasago also aims to utilize ispace’s lunar lander to send an experimental payload to the Moon in 2023—on HAKUTO-R’s second mission—targeting to conduct the first-ever water-splitting experiment on the Moon. Based on a proprietary water-splitting technology the company already possesses, Takasago will develop a small trial design for the experimental lunar payload, which ispace will transport to the Moon.

Water-splitting, also known as water electrolysis, is a technique in which the water molecule can be broken down into oxygen and hydrogen gas using an electric current. Hydrogen gas is a key component of hydrogen fuel, which is widely expected to be used as propellant for satellites and spacecraft operating between the Earth and the Moon, as well as those traveling to deeper space, such as to Mars. It is estimated that several billions of tons of water is frozen on the Moon. A valuable, life-enabling resource, water will also be used—in addition to producing fuel—for nourishment, agriculture, and breathable oxygen.

The validity of water electrolysis for the production of renewable energy has been verified in terrestrial applications and the technology has been proven to be cost-effective and CO2 neutral, therefore establishing itself as both ecological and economical. In its efforts to fulfill current and future societal requirements, Takasago successfully developed its own water-splitting and fuel cell technology. (Note: The reverse of water splitting is the basis of the hydrogen fuel cell—an additional capability of Takasago’s pre-existing technology).

Moving forward, Takasago will carry out several studies and tests to prepare its water-splitting payload ahead of HAKUTO-R’s 2023 lunar exploration mission. Through this endeavor, Takasago and ispace will combine their efforts to achieve not only the first-ever water-splitting experiment on the Moon—which will support commercial development and habitation on the Moon, accelerating the extension of human presence into outer space—but also to contribute towards future developments in water-splitting technology,effective resource utilization, environmental protection and a sustainable society on Earth and in space.

“We are very happy to contribute to the HAKUTO-R lunar landing mission in 2023—the same year that our company celebrates its 100th anniversary. Our sincere desire is to support sustainability on Earth, as well as human habitation in space, as an environmental solutions specialist utilizing our water-splitting technology.”

“The utilization of lunar water resources is an integral part of ispace’s vision. Takasago’s water-splitting technology will be a critical component to accelerate the extension of human presence into outer space.” 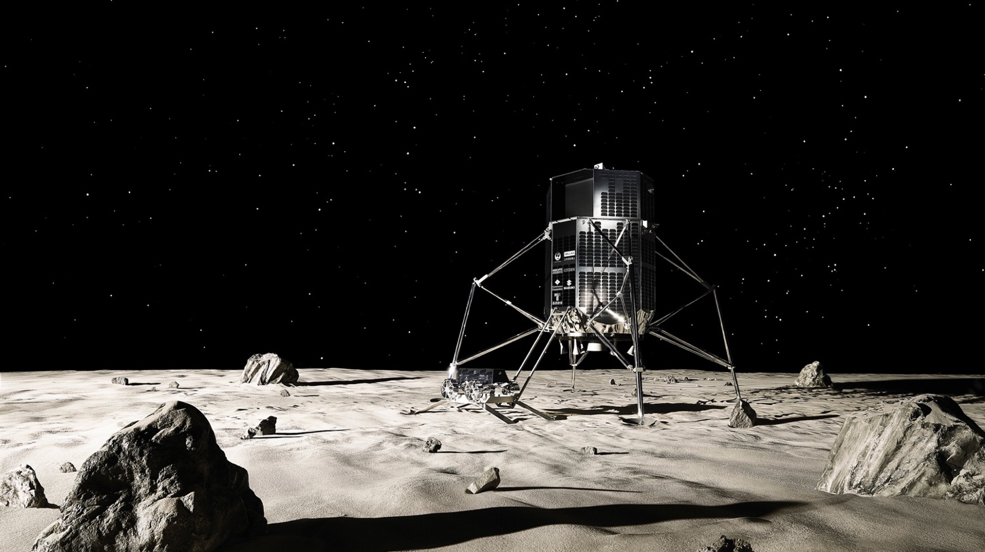 Since its foundation in 1923, Takasago Thermal Engineering Co., Ltd. has accumulated technologies, expertise, and achievements, focusing on air conditioning equipment, under the company creed: “Contribution to society through personal harmony and creativity.” TAKASAGO is committed to maintaining the highest standards in human comfort, product quality and environmental protection. Takasago Thermal Engineering’s has offices in Japan, China, Southeast Asia, India and Mexico.

ispace is a private lunar exploration company with a vision to extend human presence beyond Earth. The company has over 85 staff from 13 different countries; operates in Japan (HQ), Luxembourg and the US; and has signed partnerships with the Japan Aerospace Exploration Agency (JAXA) and the Government of Luxembourg. ispace raised nearly $95 million (USD) in Series A funding—the largest on record in Japan and more than almost any other space company in history. ispace also managed Team HAKUTO, one of the 5 finalists in the Google Lunar XPRIZE competition.

HAKUTO-R is the world’s first commercial lunar exploration program. It includes ispace’s first two lunar missions: Mission 1, a soft lunar landing in 2021, and Mission 2, a lunar landing and deployment of a rover for lunar surface exploration in 2023. For both missions, ispace’s lander will be a secondary payload on SpaceX’s Falcon 9 rocket. The program is intended to lay the groundwork for a high-frequency, low-cost lunar transportation platform.

The ispace / HAKUTO-R Media Room can be accessed here.